Respect the privacy of your online friends or risk losing them

I Louise and I'm not on Facebook. There, I said it.have nothing against the hugely popular social networking site (400 million users and growing) but while I use many online communications tools (including this blog platform) in my professional life, I prefer to "keep my socializing old-school" in my private life. I have a lovely circle of closefriends and family members and, by choice or circumstance, we prefer to update each other over dinner or coffee every few weeks rather than electronically every few minutes.I'm also by nature quite a private person, have no desire to reconnect with high school friends or old boyfriends and don't relish the idea of photos of me in the 80s with a Flock of Seagulls haircut floating around in the ether.
Neither am I a huge fan of other people's photos. Show me one or two every few months and I'm good. No, really, that's enough!

I'm also fiercely protective of my children's right to privacy and do not mention their names online, let alone post photos of them. As a parent, I believe it's my job to protect them and posting photos online without their consent, photos which will likely still be there when they become adults, is not okay in my books. I realize many parents disagree with me on this and I have heard all the arguments - "but they're password protected", "but it's just photos of them playing soccer, etc.", "but you can increase your privacy settings".

The thing is, if it's online, it could eventually end up somewhere you don't want it to be. In a recent article on online privacy, Toronto police detective Paul Krawczyk likened posting photos of children online to taking 1,000 photos downtown Toronto and leaving them hanging around.

And, it does seem that these online giants take somewhat of a lax approach to changing privacy settings without warning. Last summer, Canada's privacy commissioner ruled that the site's policies were in violation of federal privacy laws and just last week, Facebook founder Mark Zuckerberg revealed his vision to turn the Internet into one big social network with Facebook at the helm. And Google Buzz came under fire recently for automatically creating public circles of friends for users based on their most frequent e-mail contacts. Both of these actions were tweaked after a public outcry but some of the damage had already been done.

Having said all of this, I have seen some great business applications for Facebook, I know many people of all ages who love it and that, for people below a certain age, it is an essential way to communicate with friends. Everyone has their own gauge of what is and isn't appropriate for them. Perhaps you are unconcerned about sharing the most intimate details of your life with others, but, etiquette dictates that you follow a few simple rules when it comes to respecting the privacy of your friends and co-workers.

Don't post photos of other people's kids online - I am part of a large extended family and during get-togethers, many people casually snap photos without warning. At these events, I am the "downer" reminding everyone not to post photos of my kids or to name them on their Facebook sites. This usually doesn't go over well and many people think I am being needlessly paranoid but etiquette is about being sensitive to the feelings of others so if people are working hard to protect their own privacy you need to respect that. If in doubt, ask for permission.

Don't tag unflattering photos of people - Many times I have rejoiced in the fact that social networking sites did not exist when I was young and my judgement was unreliable. There are enough embarrasing photos of me to fill ten albums but they don't need to be dragged into the present day. When you upload a photo of anyone, you're not just subjecting them to humiliaton, you could also be helping to tarnish their online reputation.

Take a hint - Even people who enjoy social networking sites and use them regularly, have their boundaries. People choose online "friends" based on their own set of criteria. Perhaps they don't want to revisit the glory days of high school. Maybe they're uncomfortable friending employees. Or, maybe they just don't care for you. Ask once and then let it go. Don't be annoying and, if you're over 13, please don't poke people. Would you do that in real life?

Too much information - Resist the urge to use social networking sites as therapy. Whatever you're going through, it will be more productive (and ultimately therapeutic) for you to hash it out in person with a friend, co-worker or, even a therapist. Sharing the gory details of your breakup on your wall and asking others to weigh in is not only very unbecoming, it's unfair to the other person (no matter how angry you are).

Don't share e-mail addresses - The golden rule when it comes to e-mail addresses is that you should never share one without permission. This means, if you would like to introduce two people by e-mail, you need to get permission from both first. Cumbersome maybe but essential if you want to practice good online etiquette. This is especially true if you want to provide an e-mail address to someone who has something to sell, whether it's Tupperware or a graphic design service. If sending a group e-mail to people who do not already know each other, use a bcc list or, better yet, send separate, personal e-mails.

Hopefully this helps. I'll end with two thoughts. If someone has posted an unflattering photo of me on Facebook, please don't tell me. Ignorance is bliss!

The Importance of Little Lies

Tell me lies, tell me sweet little lies! Stevie Nicks had the right idea when she implored a potential lover to just tell her what she wanted to hear instead of the truth. I have always loved this song although I never knew why and now I think I do. 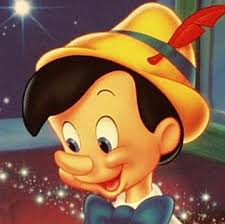 On the weekend, I watched The Invention of Lying, a sweet little movie in which the characters live in an alternate reality where no one has ever told a lie and, in fact, no one has the ability to lie. Many things about this mythical world appealed to me immensly. There is no crime or corruption since most criminal acts depend on some kind of subterfuge. People don't have delusions of grandeur because they are unable to fabricate the details of their lives. Everyone knows exactly where they stand with everyone else. On the down-side, there are no novels, movies, plays or anything that would rely on fiction (a lie). And, sadly, people are labelled from birth as ugly, beautiful, intelligent, dim-witted and their destiny is basically marked out for them based on these traits.
Finally, there's no such thing as religion. I guess Ricky Gervais, the writer and main character is making the assumption that all religious texts are made up. If you know me, you know where I stand on this particular point but I won't go into it here.

The fun starts when Gervais' character Mark discovers he has the ability to lie. He tells a bank teller he has $800 in his account when in fact he only has $300, and because she has no concept of deceit, she believes him and gives him the money. He tells an attractive woman that the world will end if she doesn't have sex with him and, panicked, she agrees. However, once the novelty wears off, Mark uses his newfound skill to make people feel better about themselves. He tells slow people they are geniuses, plain people they are stunning and depressed people that they're happy. And they all believe him! Eventually, he's making up fantastical stories all over the place and the masses start to see him as a messiah. A religion is born!

As an etiquette afficionado, I generally don't advocate lying. As an entrepreneur I can get behind the "fake it until you make it" approach to business but overall I consider honesty to be the best policy. In fact, until I watched this movie, I would have told you that I never lie but it brought to light all of the tiny lies that our society is based on and how important those little fibs are to our day-to-day interaction with people.

How many times do we tell people that we're fine when we're not? It's not that we're out to deceive them, it's just that we don't have the time or inclination to share the details and we know that when they asked "how are you", they weren't really interested in the gory details of our lives anyway. If a friend or spouse asks us if they look attractive, fat, thin, etc. our responses are usually a massaged version of the truth or even a bald-faced lie. Our desire to protect their feelings takes precedence over the need to be honest. If someone gives us a gift we hate, we don't say so. We accept it graciously, store it in a closet and display it in the living room when they come to visit. When my husband asks me how much that new bag cost, I artfully shave a few dollars off the total and mumble something about a sale, even if I bought it full-price.

I hadn't really considered all these things as lies until I saw the movie and started to think about all the ways deception is woven into our society. The people in the movie were born into a world without lies and had never known anything else but if we were to suddenly start telling the truth, the whole truth and nothing but the truth all the time, I feel it would have an enormous impact on our whole society - good and bad.

We're just not ready for it. Or, to paraphrase Jack Nicholson in A Few Good Men "you can't handle the truth".
Posted by TorontoLouise at 11:40 AM 5 comments 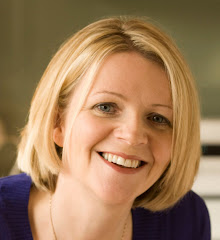